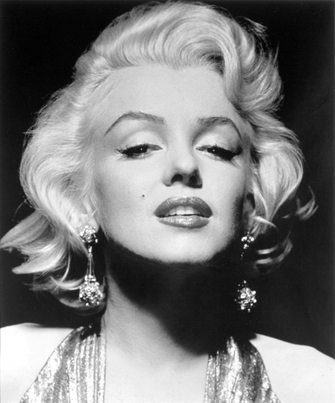 She’s undeniably the most famous blonde bombshell of all time. Her quiet, flirty voice and soft features made her extremely loveable, but her curvy body made her a sex symbol.

She was an English actress who didn’t have the same following in the U.S. as she did overseas, but she could definitely compete with the American blonde bombshells looks-wise. She didn’t mind starring in less-than-glamorous roles, and an episode of The Alfred Hitchcock Show she starred in was so grisly that it was banned from being shown for years. 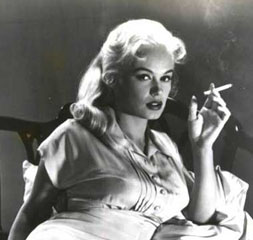 This blonde bombshell was discovered by Howard Hughes, whom she dated for a few years. This relationship launched her acting career.Like Mansfield, she was often referred to as “the 3 M’s”. 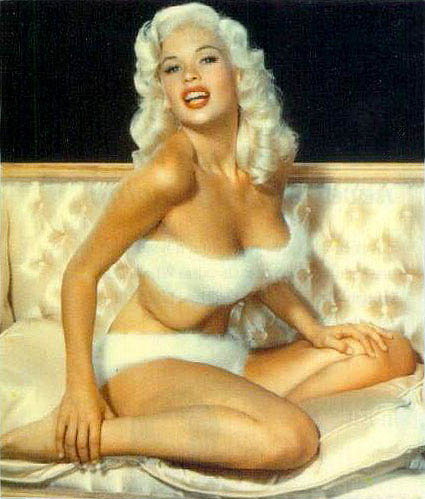 She was often called the poor man’s Marilyn Monroe. She was much bustier than Marilyn, but had a very similar look when it came to the way she did her hair and makeup. Most of her films were all about displaying her cleavage and having her wear tight or skimpy outfits. She married Mr. Universe, Mickey Hargitay.

This “M” was sexing up the silver screen long before “the 3M’s” started developing their famous curves, and Mamie has stated that this girl was her childhood idol. By today’s standards, she may not be considered sexy, but she definitely was during her time.

Often called “the blonde bombshell” or “the platinum blonde”, She was an original blonde also discovered by Howard Hughes, and started her career on the silent screen.but later become one of Hollywood’s most respected and popular actresses. She accomplished a lot in very little time: by the age of 26, the time of her death, she had been in many films and had gone through 3 marriages. She died from kidney failure.

She is most well-known for her role in Frederico Fellini’s La Dolce Vita. She is so incredibly beautiful and curvaceous in this film that she almost seems unreal. Bust-obsessed Russ Meyer has stated that she was the most beautiful woman he ever photographed. She is Swedish and didn’t speak English too well, but starred in a few films in the U.S.

She is most well-known for wearing her hair over one eye, a look that was the inspiration for the cartoon character Jessica Rabbit. She often played a femme fatale in film noir movies, but one of her best roles was in the film Sullivan’s Travels. Alcoholism and mental illness affected her career, however, and she died almost destitute.

She breaks the mold when it comes to being a blonde bombshell. Her blonde hair was often more of a golden color than platinum, and she wore it long and wild. She loved to show skin, and in her most critically-acclaimed film, Contempt.

This blonde bombshell is the only actress who has became a real princess. She is probably the most well- respected actress on this list, but her film career was cut short when she married the Prince of Monaco.

← Sadomasochism definition, traits
Second Chance, when do we asked for it? →