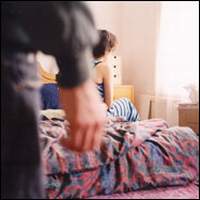 The vast and majority of pedophile cases between foreigners and the national of the said country occurring particularly in Asia like Thailand, Philippines, Indonesia, Cambodia, Nepal,Taiwan, to name a few. Foreigners don’t have to give them good inviting offers in trade for sex, like showers them with attention, gifts, toys, taunting them with trips to desirable places like amusement parks, zoo’s, concerts, beaches and many more. For whenever tourist are around kids certainly diffuse in the area proliferating just like a playground, they would instantly come up briefly presenting themselves as a victim, like a moth that draw into a fire. Sad reality but it’s true, especially those country who’s dealing with poverty or having a poor communities. They are prone to this sex trade involving children even at their tender years children were already exposed to prostitution. It was said that In Asia more than half of the working prostitutes are under the age of 16, many of those are under the age of ten and it is estimated that 72.4% of the child prostitutes in Asia carry HIV due of promiscuity.

Eventually this despicable filthy act become their bread and butter. As a matter if fact parents are cognizant about this pernicious, even mean to be a pimp soliciting clients and putting their child’s life on the line, I furiously can’t take this social evils of poverty and injustice which parents become the instrument allowing their kids to be a part of it and be as sex tool in exchange of cold cash. Manipulating the mind of their kids that there is nothing wrong with it, easing out the guilt and fear. Making this gross filthy task adaptable to their kid, just like creating a play for them to be easily appreciated. These are hard facts that pedophile taking advantage off, using their bait to those depressed families for their own personal gain. A certain child would be paid for sex while pedophile recording their sexual act, taking nude explicit pictures from these young kids body. Exploiting them, selling their videos and pictures. Making money out of these production of child pornography through world-wide distribution. The worst case scenario, kids indiscriminate in the choice of sexual multiple/random partners sometimes just for the piece of goodies like candies nor chocolate or anything that can fill their empty stomach how horrible isn’t it?
The prevalence of child prostitution increasing every year. Giving those hungry bastard a perfect playground to play. They fill up their cups in escaping from the strict law in Their said country. Conveying their wickedness in countries where sex trade is promising. Wherein they can easily perform their horrendous act freely without hesitant. Child prostitution is illegal in Asia, but this malifecent immoral devastating hideous act was done under the timid law of these countries. The affected countries are acting upon it, but this already become incurable social disease for those who seek good fortune, a temporary relief and easy money.

One thought on “Child Prostitution in Asia, playground of pedophile”