Sperm banking for cancer patients, for a better future 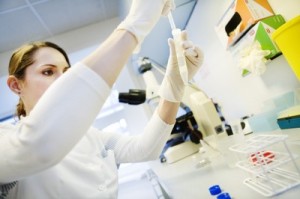 Sperm banking is advisable and encourage for those cancer patients who are adolescents and men who were about to undergone cancer treatment. Once cancer patients were exposed to many types of treatments like radiation and chemotherapy it can leave young boys infertile, cause those treatment contain a risk for permanent damage of sperm production and thus reproductive capacity, parents or healthcare provider task is to open up to the young pre-adolescents boys with cancers to provide sperm samples for future insurance use, this could allow them to be a father for their children later on.  Freezing some sperm samples immediate without delay is recommended before the said treatment is started. A good choice actually for those treatment aims at killing cells. The cells getting killed are not only cancer cells, but also other, vulnerable tissue with a high rate of cell division such as cells in the blood, hair follicles, mucous membranes, and testicles. 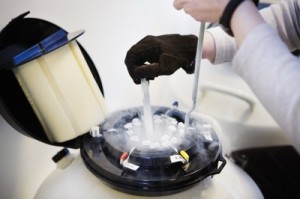 Seven out of ten kids with cancer will live a long life. Some of them will have to live with the side effects of the cancer treatment. The doctors are all aware of  the life threatening damage  for  they have encounter this for number of years already, Now they are not just focusing on the  greater chances of  survival but also considering the better quality of future life that these survival will be leading.

The sperm bank is a way to aid hope for cancer patients, not only to patients but also to the departments of the hospitals that treat men with cancer. However researcher are highly prioritizing and collaborating with the oncological department for several years with regard in the minimizing the radiation treatment without laying on the line the effectiveness of the treatment. On an international level the goal is to reach new and lower standard-doses is not much commendable and not given a highly priority. Therefore to reduce the side effects of cancer treatment is a long and hard struggle. Furthermore the department is planning a study investigating whether reproductive damages from cancer treatment can be reduced by concurrently treating the man with hormones, such as testosterone.

Microphotograph of a biopsy of a patient with precursor cells of testis cancer. The cancer cells (marked with a brown colour) have not yet spread. At this stage the cancer cells can be removed with radiation therapy.

Young cancer patients ages 15-20 years old don’t belong in neglected groups anymore for our doctors and researcher are working on further and paying more attention to any possible side effects that will come along way after treatment.

← Child Prostitution in Asia, playground of pedophile
Unmasking sluts, traits and characteristic of a sluts →