Hoarder: Living in a junkheap 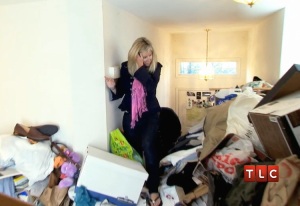 I’m pretty sure you heard alot about hoarders these days, numbers of hoarders voluntarily came ouf of their shell through the means of TV appearances, tabloids and internet which brought their condition discussed and tackled publicly. This awareness was raised aiming to open up our mind about their real life struggle, getting in-depth to the last details and the root cause of all of these.The shocking revelation of how terrifying hoarder’s lived their life. You can hardly grasped what’s going onto their mind, their insanity and how far they went out of rhyme.

Imagine how these people can bear surrounded by garbs. Inconsiderately seeing the mess piling up in every corner of their house. ohmahgosh the house is like a wasteyard. It is a disaster and complete chaos. Its sullied and stinks. It will make you puke even if you got a sturdy stomach. I don’t think you’ll be able to stand the room for a minute. If it so happened you were exposed in their junkyard and you’re weakling and sensitive surely you’re susceptible to develop certain diseases from this unsanitary lifestyle.

It was said that hoarding behavior exist in every child’s normal growth stage. Once persist after childhood, its already considered as mental disorder marked by obsessive need to acquire and retain things. Fear is the factor that triggered this behavior, the impending fear of danger or simple fear of shortage of some goods.

There were two types of hoarding: the animal hoarding-compulsive which showing a abnormal manner of collecting and owning of pets unreasonably whilst compulsive hoarding or generally known as “pack rat”. It display an excessive acquisition of essential nor non-essential thing without discarding any single thing regardless if it is scrap heap, toxic waste, unsanitary or used. They got a habit or obsession in collecting undesirable rubbish such as empty cans, bottles, carton, used tissue, napkin, cottons, old magazine, foodstuffs and many more without disposing. This could be very youchie and filthy.The truth is, this behavior basically affects the routinary activities of the hoarder, their mental and physical health thus, it’s just too early for them to figure it out. Moreover it can also affect their social relation and their serious involvement with other people as well as the hoarder’s daily function like sleeping, cooking, cleaning in particular and a lot more were also immobilized due of this ugly habit… They aren’t aware how they are turning their house into a wholla big junkheap.

Compulsive hoarder is not clear whether it’s an isolated disorder or it’s a symptoms resulting from an obsessive-compulsive disorder. This case can be treated. Don’t hesitate to seek professional help.

4 thoughts on “Hoarder: Living in a junkheap”